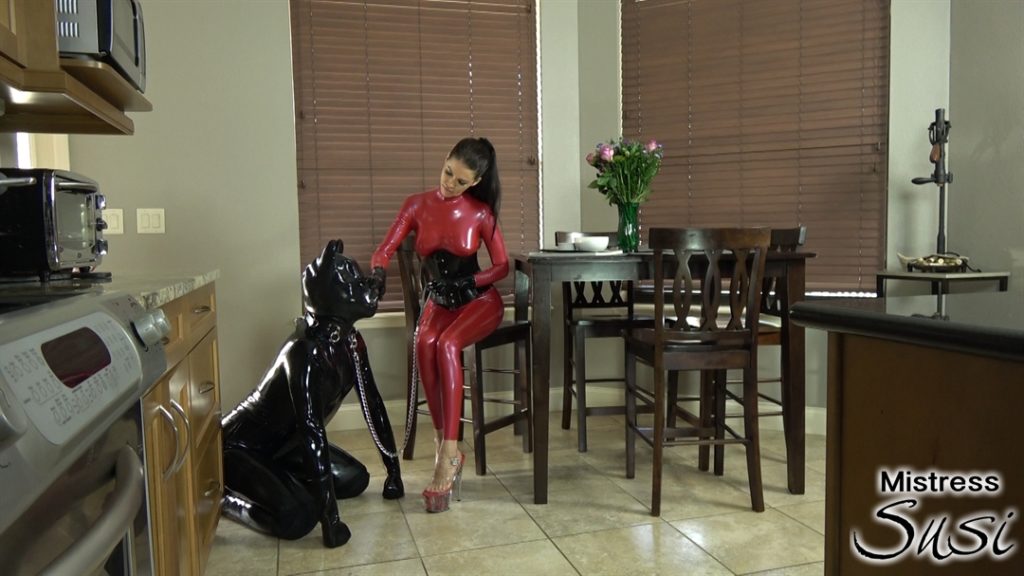 Tightlyrubberd was quickly becoming my most versatile slave.

Not only do I enjoy him as a rubbergimp but his forced feminization into my rubberdoll was a smashing success. All of the play and clips we shoot are super popular.

I was wanting to have another rubberobject to play with and knew he would fill that role perfectly.

Once me met at the stylish house to shoot, i let him know my plan to make him my rubberdog.

He had thought he was going to be the rubbergimp this weekend but was excited to fill this role.

I dressed in my skintight red Fantastic Rubber catsuit for his first time as my rubberpuppy.

I had him locked into his Skintightrubber fullsuit before adding the dog hood.

I decided to train him in the kitchen while i was enjoing a snack.

He was a good dog but abit unruly.

For his first time in this new role, he did great being able to stay on all fours and only communicate thru barks.

From my reaction on the clips, its clear I was fully enjoying having a rubberdog now too.

From his vast ability to morph into almost any rubber role, he would be a very busy rubberslave for me.