The next step with Slut Candy – The Street

Not knowing what I have planned for him/her this time, Slut Candy came to west Germany to meet me for some further training in July 2018. We had a nice fetish apartment in Duesseldorf, which allowed us to spend some great time, as it was spacious enough for both to stay over night.

In the morning I had him take me to the gym, then we went to eat lunch and headed back to the location to shoot some videos. We got ready and I helped my feminized sissy slut with the make up and dressing.

He thought it was a joke, when I said we will go outside and I will have it filmed how I pimp him out on the street. So later once I told the cameraman where to pull up the car, he became really worried.

Exposed and pimped out on the street? It was his first time being in public, not only in latex but also crossdressed.This was a big step for him.

So we drove around to find a good spot, got out of the car, but he was ducking down behind the car doors. I really had to push him to get him to finally walk off.

Once we started, I coached him how to move, present himself and flirt properly in order to attract guys.

First training and the longer Slut Candy stood there, the he loosened up. 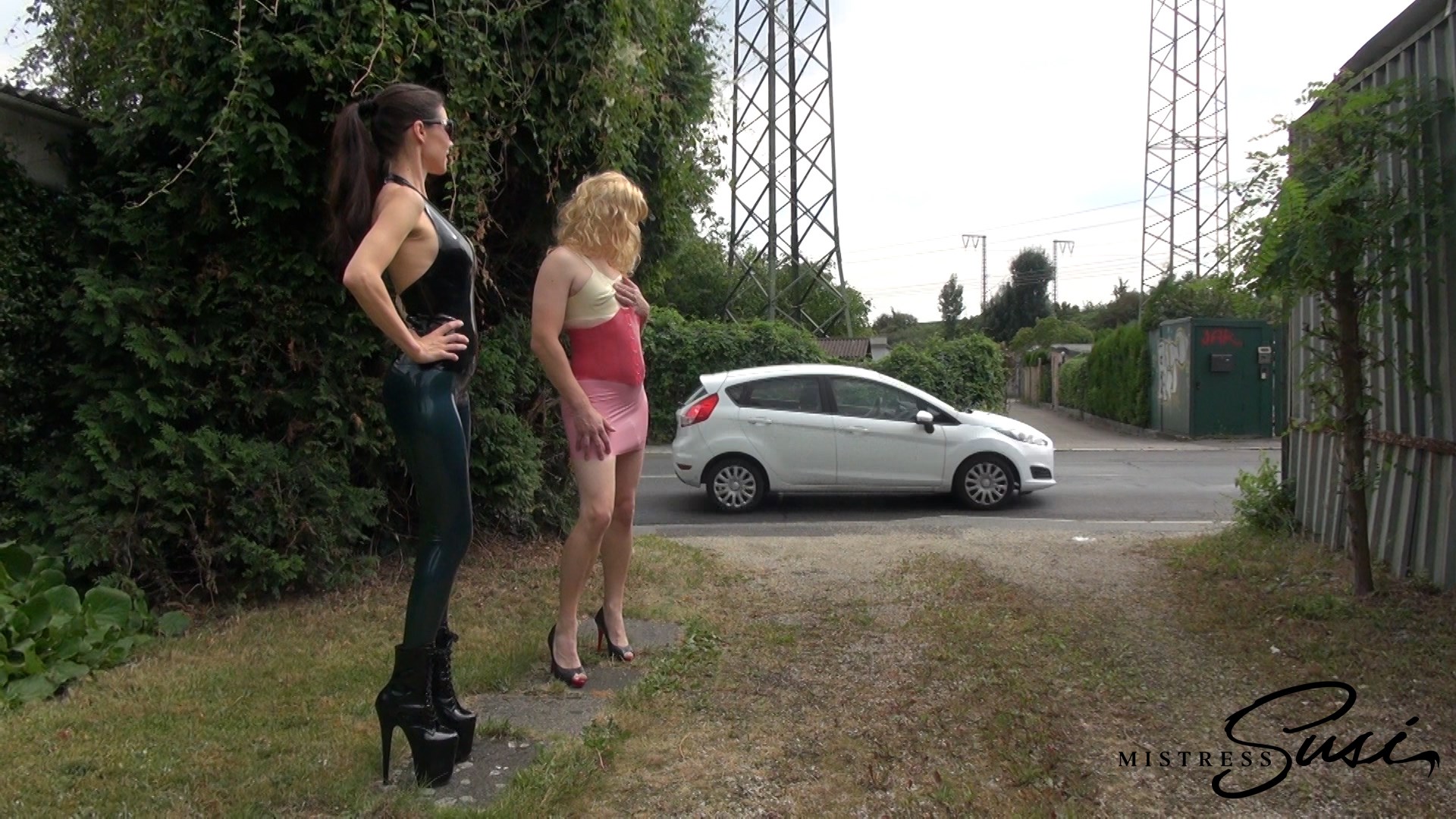